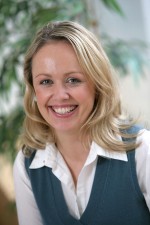 We saw an opportunity with our presence at the Winter Wonderland to help Alzheimer’s Society with its Elf Day campaign while also encouraging people to get into the festive spirit.

E.ON is hoping to inspire festive city revellers to carry out an ‘elf-less act’ to help someone living with dementia as part of its relationship with Alzheimer’s Society and presence at this year’s Nottingham Winter Wonderland.

The first 2,500 people to stop by the E.ON and Alzheimer’s Society branded area within the Winter Wonderland attraction in Nottingham’s Old Market Square on Friday, 7th December will receive a free elf hat. Anyone who commits to undertaking an ‘elf-less act’ and posts their pledge on social media will be entered into a draw to win a family ice skating ticket.1

Alzheimer’s Society has designated 7th December ‘Elf Day’, when supporters up and down the country hold their own festive fundraisers to collect money to help beat dementia. E.ON and its employees have donated more than £180,000 to Alzheimer’s Society since becoming its charity partner in 2016,

Suzanne Roe, E.ON’s Community Relations Manager, said: “We saw an opportunity with our presence at the Winter Wonderland to help Alzheimer’s Society with its Elf Day campaign while also encouraging people to get into the festive spirit.

“There’s a serious point to this too; dementia is the number one cause of death in England with someone developing it every three minutes. By pledging an elf-less act, you can take a moment to consider what you can do to make the life of someone living with dementia easier.

“This might be making a new year resolution to become a Dementia Friend, which is an Alzheimer’s Society programme designed to help people understand more about how dementia affects a person, and then using this knowledge as you go about your daily life to better support all those with dementia. I’m proud that with the charity’s support, more than half of E.ON’s UK employees are today Dementia Friends.”

Sian Meech, Corporate Account Manager for Alzheimer’s Society, will be at the Winter Wonderland on 7th December and can give advice about the support and services the charity provides. She said: “Working in partnership with organisations like E.ON can give our fundraising efforts a real boost and provide access to an audience of thousands of employees ready to become Dementia Friends.

“There are 3,000 people with dementia in Nottingham and 850,000 people across the UK – a number set to rise to one million by 2021. Alzheimer’s Society is urging everyone to unite against dementia with E.ON by supporting Elf Day.

“Dementia can devastate lives and have a huge impact on families everywhere – but there’s currently no cure. We want everyone affected by dementia to know that whoever you are, whatever you are going through, you can turn to Alzheimer’s Society for support, help and advice.

“I’d encourage you to pop along and see us on 7th December so you can learn more about how we work. You can also get into the spirit of Elf Day by collecting your free hat, making a pledge and entering E.ON’s prize draw to win tickets for the ice skating. Every bit of support will help us ensure our customers don’t have to face dementia alone.”

Representatives from E.ON and Alzheimer’s Society will be at the Winter Wonderland on 7th December between 11am and 3pm.

More information about E.ON’s partnership with Alzheimer’s Society is available on its website. To learn about E.ON and its products, services and solutions, visit eonenergy.com.

To help people better understand their energy use, E.ON is installing smart meters for customers across Britain. Customers can visit eonenergy.com/smart for more information about E.ON’s self-reading smart meters and to see if they are able to get one installed. If eligible today, they can also book an appointment online.

1 E.ON will be giving away four tickets to five lucky winners to enjoy the Nottingham Winter Wonderland ice-skating rink. Full details of the competition T&C will be available on the Facebook event page.

Savings on energy bills: E.ON response to Ofgem price cap announcement
Parking up to power business: E.ON and Nissan announce major V2G project milestone
E.ON expects reduction of at least £85 in average energy price cap level, reducing bills for around 11m households from autumn
Over a third of Brits have become more aware of their energy use during lockdown, but cooking more sustainably could save more than £140 a year(1)
Seeing loved ones, supporting local business and being more sustainable: the top priorities for post-lockdown Brits
E.ON to upgrade homes to low carbon heating together with BEIS and Newcastle City Council