We're fully committed to combating the climate crisis and helping the UK meet its net zero targets. Part of that is providing our customers with smart, personalised and sustainable solutions and this agreement with RWE secures yet another significant contribution to the 100% renewable electricity1 we provide to millions of customers around the country as a first step in that journey.

RWE Renewables has signed a Power Purchase Agreement (PPA) with E.ON UK under which E.ON will buy 100% of the electricity produced by the Humber Gateway Offshore Wind Farm from 2022 until 2035. This includes the Renewable Obligation Certificates (ROCs) from the plant. The contract directly follows on from the previous agreement to supply E.ON UK’s customers with green electricity from the offshore wind farm, and which is due to end in 2022.

Tom Glover, RWE Renewables Chief Commercial Officer and UK Country Chair, said: “As one of the world’s leading renewable energy companies, we are committed to dedicating our energy for a sustainable life. The UK plays a key role in RWE’s strategy to grow its renewables business and to become carbon neutral by 2040. With the signing of the PPA with E.ON UK we demonstrate our ability to support electricity suppliers in providing CO2-free power to their customers.”

Michael Lewis, E.ON UK Chief Executive, added: “We're fully committed to combating the climate crisis and helping the UK meet its net zero targets. Part of that is providing our customers with smart, personalised and sustainable solutions and this agreement with RWE secures yet another significant contribution to the 100% renewable electricity1 we provide to millions of customers around the country as a first step in that journey.“ 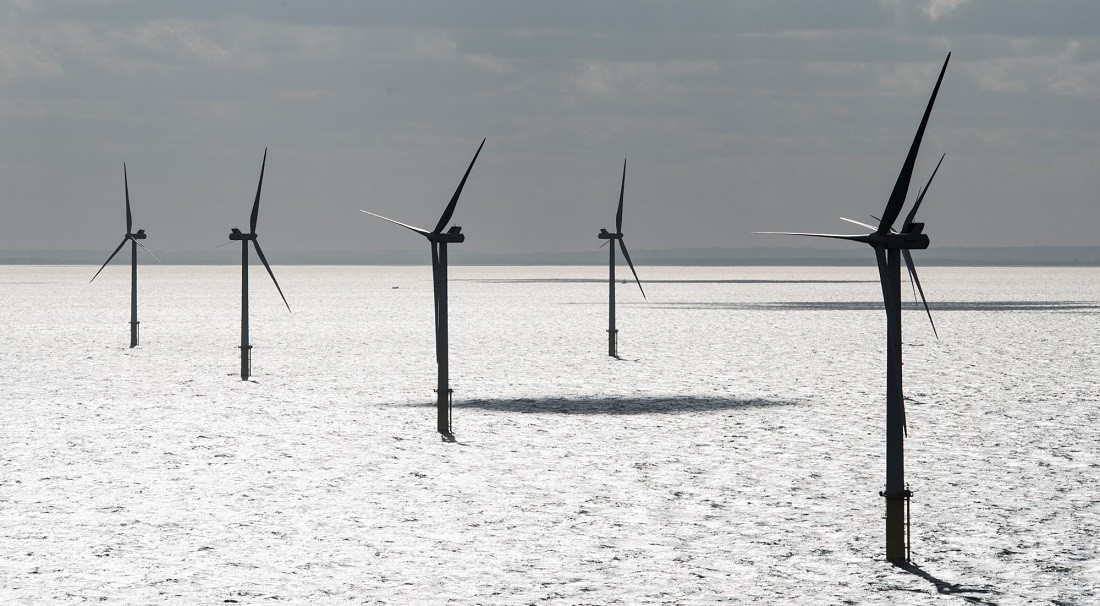 Humber Gateway is located in the United Kingdom, off the coast of East Yorkshire and was commissioned in 2015. With an installed capacity of 219 megawatts (MW), the wind farm is capable of supplying green electricity equivalent to the annual average demand of almost 300,000 UK homes2.

The wind farm was originally constructed by E.ON with ownership transferring to RWE in 2019 as part of an asset swap deal in which E.ON Group took over RWE’s stake in Innogy in return for E.ON’s major renewable energy activities. RWE recently divested a 49% stake in Humber Gateway to Greencoat. With a 51% share in the plant, RWE continues to operate the wind farm.

In the United Kingdom, RWE is currently constructing the Triton Knoll offshore wind farm and is developing the Sofia offshore project, both of which will expand RWE’s current UK portfolio of nine offshore wind farms. In addition, RWE recently signed Agreements for Lease with The Crown Estate to develop extension projects at four offshore wind farms. The company also has a significant footprint in the UK onshore market.

By the end of 2022, RWE aims to expand its renewables portfolio to more than 13 gigawatts capacity by investing €5 billion net. Together with partners, the gross investment volume can amount to up to €9 billion. To achieve its growth targets, RWE has an attractive project development pipeline of more than 22 gigawatts, across all of the company’s strategic core regions.

E.ON is committed to being carbon neutral itself by 2040 and offers 100% renewable electricity for its 3.4 million customers’ homes as standard2. E.ON also offers smart meters, energy efficient boilers and solar and battery technology which can all help people better manage their home energy use.

1 Electricity backed by 100% renewable sources. E.ON's renewable generation assets, agreements with UK wind generators and the purchase of renewable electricity certificates. The electricity supplied to your home comes from the National Grid and DNOs.

2 Based on Ofgem average consumption values for a typical UK home: https://www.ofgem.gov.uk/gas/retail-market/monitoring-data-and-statistics/typical-domestic-consumption-values

RWE Renewables, the newest subsidiary of the RWE Group, is one of the world's leading renewable energy companies. With around 3,500 employees, the company has onshore and offshore wind farms, photovoltaic plants and battery storage facilities with a combined capacity of approximately 9 gigawatts. RWE Renewables is driving the expansion of renewable energy in more than 15 countries on four continents. By the end of 2022, RWE targets to invest €5 billion net in renewable energy and to grow its renewables portfolio to 13 gigawatts of net capacity. Beyond this, the company plans to further grow in wind and solar power. The focus is on the Americas, the core markets in Europe and the Asia-Pacific region.

E.ON is leading the energy transition: providing smart, sustainable and personalised solutions for customers at home, in business and across entire towns and cities. Millions of people choose us to meet their energy needs, making us one of the UK’s leading energy providers. As part of the E.ON Group, we’re also one of the foremost energy companies in the world.

We’ve been a driving force behind the UK’s renewable revolution for more than 25 years and now provide all our customers’ homes with electricity backed by 100% renewable sources1 as standard and at no extra cost. We believe the next opportunity for our customers, our country and our planet is sustainable energy supplies and we offer a wide range of efficient and smart technologies, helping customers to reduce their impact on the planet by using less energy and even generating and storing it themselves.

E.ON signs Terra Carta initiated by HRH The Prince of Wales
E.ON completes deal to acquire stake in Eco2Solar
Sustainability put back on the agenda for 2021 with more than two thirds of Brits vowing to be more environmentally friendly next year
Wind, rain and lockdown provide year-on-year boost to air quality
E.ON offers smart metering installation and support to other suppliers, helping to drive successful nationwide rollout
Covid-19 Business Tracker: Businesses in London and Wales bear the brunt of restrictions