Gas and electricity are a pretty ‘vanilla’ product. Carbon intensity of gas and electricity is typically reported as an annual average and unless you’re a large commercial consumer, kilowatt hours are priced at a flat rate regardless of time of day or even year. Neither of which are reflective of the true nature of the energy flowing through gas pipes and electricity cables in which the carbon intensities and costs are constantly changing based on millions of complex inputs and outputs to the system.

Looking at carbon intensity of the grid we can see just how much this varies during the day, even where power you are in the country has an impact (see National Grid’s Carbon Intensity Map) and then what if I have my own Solar Panels or other forms of onsite generation?

Where a supplier buys its gas also matters… Statoil’s Sleipner gas field off the coast of Norway limits CO2 from production through capturing carbon in the rocks below the sea bed, whereas Liquid Natural Gas cooled (using a lot of energy!) and shipped from a long way away will have a much higher carbon intensity. So, where the gas is bought from really does matter!

The ability to achieve the best carbon outcome in any given period is impossible to calculate in the moment. There are simply too many variables. However, in the future technology should help us dynamically choose how green we want to be in any given moment.

Having decided on how green I want my carbon I can then look at price. If I have photovoltaics on site then this is likely to be my best option… so I need to prioritise when its sunny... but what if I have a battery and I’m expecting prices to go up later I the day? As mentioned above; only large consumers have what’s called ‘time of day’ pricing… but with technology there is a view this will come to all sectors in an attempt to manage peak demand.

For gas there are peaks in the network where gas storage is used (at a cost to suppliers) to prop up demand (equivalent to about 300GW of energy at peak!). Currently there isn’t a lot of time of day pricing for gas, however it’s likely to increase.

So do I want to use my energy at the most cost effective times or do I not really mind and just want convenience? Could I cap my costs so at least my system avoids winter pricing extremes?

So how do I want to be served? Do I want to talk to someone directly or am I happy to just be served online talking to a chat bot (is AI so good I don’t even know the difference?). And then there are the extra bits! What else comes with your energy – such as smart controls, boiler maintenance or other exciting additions!

What does this mean for the future of energy?

In the future artificial intelligence and smart controls can start to make a lot of the above decisions for us. Like the way you can select the type of route you want in a Sat Nav, a smart system links together consumption, local generation and supply data to provide the optimum outcome based on consumer wishes.

This kind of consideration applies to both commercial and domestic environments. Economically investment in energy performance tends to stack up quicker for commercial users however domestic users can be quicker on the uptake for the latest trends as decisions are taken in a very different way. It’s going to be exciting to see how we stack up our energy in the future… could E.ON’s recent collaboration with Microsoft for example help us to pick the perfect Ice Cream combination? 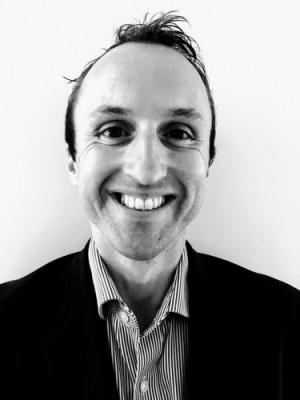 John Armstrong is Head of Operations for E.ON’s District Heating business in the UK, leading the team who maintain heating, cooling and hot water to over 30,000 residential and commercial customers. John’s experience includes city quarter solutions, power generation and engineering safety. He is a chartered Engineer and Fellow of the Institute of Mechanical Engineers.

Cleaner home, happier planet: how your Bank Holiday spring clean could help you save energy
Post-COVID-19 industry ready to take on net-zero challenge
Energy efficiency made easy: tips to help keep you on top of your energy use
E.ON UK to combine Industrial & Commercial unit with npower Business Solutions
E.ON signs up to help nation through Covid-19 crisis
E.ON ensures customers and colleagues stay up-to-date and fully supported during coronavirus pandemic