There has been a high level of interest in the wind farm from local people and we hope the new telescopes will further encourage people’s curiosity, both during the current construction period and in the longer term when Rampion is fully operational. 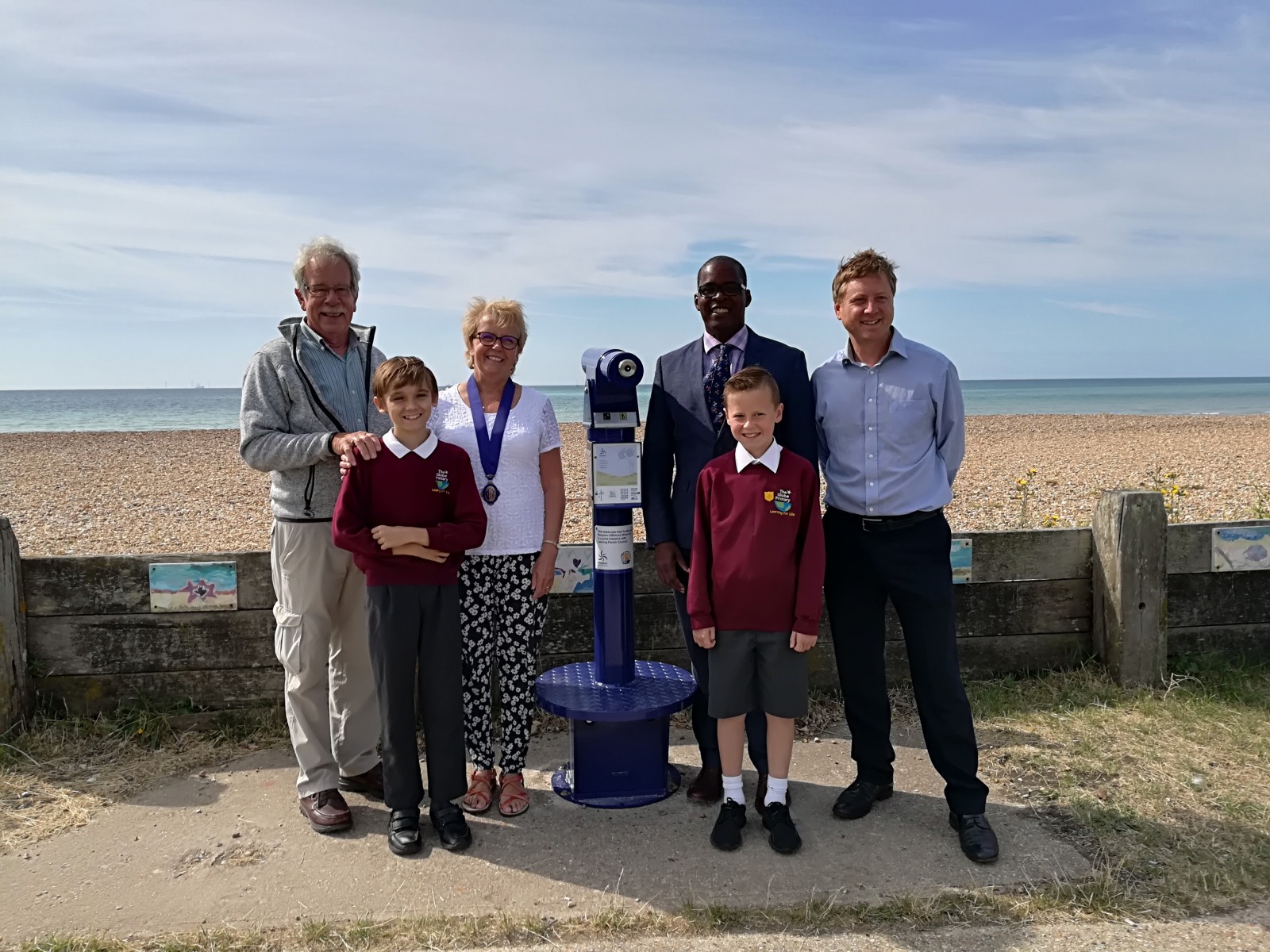 Local people and visitors will have a grandstand view of the Rampion Offshore Wind Farm, thanks to new telescopes now being installed along the Sussex coast.

Partnering with four councils along the south coast, Rampion has worked with Winchester based Tourist Telescopes to commission the installation of four new telescopes, one in Lancing, Newhaven, Rottingdean and Shoreham.

The wind farm telescope concept originated from students at Globe Primary School who approached Lancing Parish Council last year and since then Rampion has partnered with local councils to make this idea a reality.

To date telescopes have been installed in Lancing and Newhaven, with telescopes in Shoreham and Rottingdean to be fitted in the coming weeks, enabling both residents and visitors alike to watch the wind turbines being constructed and then observe the wind farm as it becomes operational for the years to come.

Chris Tomlinson, Rampion’s Development and Stakeholder Manager, said: “There has been a high level of interest in the wind farm from local people and we hope the new telescopes will further encourage people’s curiosity, both during the current construction period and in the longer term when Rampion is fully operational.”

In Lancing the telescope is positioned on Beach Green and provides an uninterrupted view of the wind farm, while the telescope in Newhaven is located on Castle Hill near the foot of the Coastwatch Tower and provides spectacular 180o views from the wind farm in the west to Seaford Head in the east. Telescopes are also to be positioned at the Quarterdeck on the southern end of the Lower High Street in Rottingdean and at the entrance to Shoreham Beach. All four telescopes are permanent fixtures and will be free to use.

Lancing Councillor, Geoff Patmore said: “The superb telescope sponsored by Rampion and free to all visitors and residents on Lancing Beach Green is a wonderful addition to our entertainment hub there. The views of the wind farm, Brighton and Worthing and occasional passing ships are spectacular and fascinating.

“The idea came from two lads at Globe School who were the first to look through the telescope - I told them they are now part of Lancing's rich history.”

Newhaven Town Mayor, Councillor June Dyer, said: “This is a lovely gift from Rampion to the people of Newhaven and I hope everyone enjoys using it for many years to come.”

The 400MW Rampion project is being built 13km off the Sussex coast by E.ON, the UK Green Investment Bank plc and Canadian energy infrastructure company Enbridge. Turbine installation began in March 2017 and 67 of the 116 turbines are installed to date. When complete it will provide enough electricity to supply almost 347,000 homes (1) a year, equivalent to around half the homes in Sussex.

1= Based on an average annual domestic household electricity consumption of 3,938 kWh (BEIS).